As you open your pockets for the next natural disaster, or for Christmas donations, please keep these facts in mind:

The American Red Cross President and CEO Marsha J. Evans' salary for the year was $651,957 plus expenses.

The United Way President Brian Gallagher receives a  $375,000 base salary along with numerous expense benefits.

UNICEF CEO Caryl M. Stern  receives $1,200,000 per  year (100k per month) plus all expenses including a ROLLS ROYCE . Less  than 5
cents of your donated dollar goes to the cause.

The Salvation Army's Commissioner Todd Bassett receives a salary of only $13,000 per year (plus housing) for managing this $2 billion dollar organization. 96 percent of donated dollars go to the cause.

The American Legion National Commander receives a $0.00 zero
salary. Your donations go to help Veterans and their families and youth!

The Veterans of Foreign Wars National Commander receives a
$0.00 zero salary. Your donations go to help Veterans and their families and youth!

The Disabled American Veterans National Commander receives a
$0.00 zero salary. Your donations go to help Veterans and their families and youth!

The Military Order of Purple Hearts National Commander receives a $0.00 zero salary. Your donations go to help Veterans and their families and youth!

The Vietnam Veterans Association National Commander receives
a $0.00 zero salary. Your donations go to help Veterans and their
families and youth!

One of Maxine's very bestPLEASE READ THIS.

We need to show more sympathy for these people.
* They travel miles in the heat.
* They risk their lives crossing a border.
* They don't get paid enough wages.
* They do jobs that others won't do or are afraid to do.
* They live in crowded conditions among a people who speak a different language.
* They rarely see their families, and they face adversity all day ~ every day..

I'm not talking about illegal Mexicans ~
I'm talking about our troops!
Doesn't it seem strange that so many are willing to lavish all kinds of social benefits on illegals, but don't support our troops?

A veteran is someone who, at one point in their life, wrote a blank check made payable to‘The United States of America ’ for any amount, up to and including their life.

At a time when politicians tend to apologize for our country's prior actions, here's a refresher on how some of our former patriots handled negative comments about our country.

These stories are good reminders of how proud and thankful we should always be as Americans:

JFK'S  Secretary of State, Dean Rusk, was in France in the early 60's when DeGaule decided to  pull out of NATO.  DeGaule said he wanted all US  military out of France as soon as possible.

Rusk responded,  "Does that include those who are buried here?"

When in England, at a fairly large conference, Colin Powell was asked by the Archbishop of Canterbury if our  plans for Iraq were just an example of  'empire building' by George  Bush.

He answered by saying,  "Over the years, the United States has sent many of  its fine young men and women into great peril to fight for freedom beyond our borders.  The only amount of land we have ever asked for in return is enough to bury  those that did not  return."

You  could have heard a pin drop. There was a conference in France  where a number of international engineers were taking part, including French and  American.  During a break, one of the  French engineers came back into the room saying,  "Have you heard the latest dumb stunt Bush  has done? He has sent an aircraft carrier to Indonesia to help the tsunami victims.

"What does he intend to do, bomb  them?"A Boeing engineer stood  up and replied quietly:  "Our carriers have  three hospitals on board that can treat several hundred people; they are nuclear  powered and can supply emergency electrical power to shore facilities; they  have three  cafeterias with the capacity to  feed 3,000 people three meals a day, they can produce several thousand gallons of  fresh water from sea water each day, and they  carry half a dozen helicopters for use in  transporting victims and injured to and from  their flight deck.  We have eleven such ships; how many does France have?"

A U.S. Navy Admiral  was attending a naval conference that included
Admirals from the U.S., English, Canadian, Australian and French
Navies.  At a cocktail reception, he found himself standing with a large
group of officers that included  personnel from most of those countries.

Everyone was chatting away in English as they sipped their drinks but a French  admiral suddenly complained that, whereas  Europeans learn many languages, Americans  learn only English. He then asked, "Why is it that we always have to speak English in these conferences rather than speaking  French?"

Without hesitating,  the American Admiral replied, "Maybe it's because the Brit's, Canadians, Aussie's and Americans arranged it so you wouldn't have  to speak  German."

AND THIS STORY FITS RIGHT IN WITH THE ABOVE...

Robert Whiting,  an elderly gentleman of 83, arrived in Paris by plane.
At French Customs, he took a few minutes to locate his passport
in his carry on.

"Then you should know enough to have your passport ready."

The American said,  "The last time I was here, I didn't have to show it."

"Impossible.  Americans always have to show their passports on arrival in France!"

The American senior gave the Frenchman a long hard look.  Then he
quietly explained, ''Well, when I came ashore at Omaha Beach on D-Day in 1944 to  help liberate this country, I couldn't find a  single Frenchmen to show a passport  too."

AND THEY RESPECT IT SO DEEPLY THAT THEY ARE WILLING TO MAKE THE ULTIMATE SACRIFICES FOR IT?
AND TOO MANY OTHERS ... HAVE NO CLUE?
This slide show consists of photos taken at a formal dinner at the National Museum of the Marine Corps in Quantico, VA.
It is a beautiful presentation of the honor, commitment and pride today's heroes share with yesterday's.  Poignant words...
If you know a Marine or a soldier of any branch of the Military (of any age) make sure he or she sees this. Wouldn't hurt if all other Americans saw it too!
If you get a black screen at first, be patient.  It'll come up.
http://www.jensensutta.com/slideshows/RTB/

Here is one submitted by Jim Hafer.  Take a minute and click the link to view it. 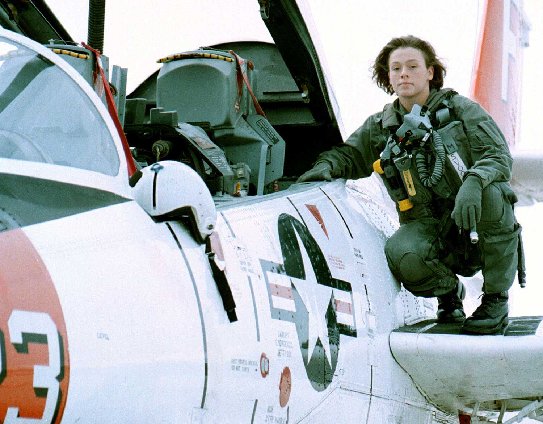 The teacher gave her fifth grade class an assignment:  Get their parents to tell them a story with a moral at the end of it.

The next day, the kids came back and, one by one, began to tell their stories.  There were all the regular types of stuff: spilled milk and pennies saved.  Then only Janie was left.  "Janie, do you have a story to share?" asked the teacher.

"Yes ma'am.  My daddy told me a story about my Mommy.  She was a Marine pilot in Desert Storm, and her plane got hit.  She had to bail out over enemy territory, and all she had was a flask of whiskey, a pistol, and a survival knife.

She drank the whiskey on the way down so the bottle wouldn't break, and then her parachute landed her right in the middle of 20 Iraqi troops.  She shot 15 of them with the pistol, until she ran out of bullets, killed four more with the knife, till the blade broke, and then she killed the last Iraqi with her bare hands.”

"Good Heavens,” said the horrified teacher.  What did your Daddy tell you was the moral to this horrible story?"

"Stay away from Mommy when she's been drinking."

Posters from the web. 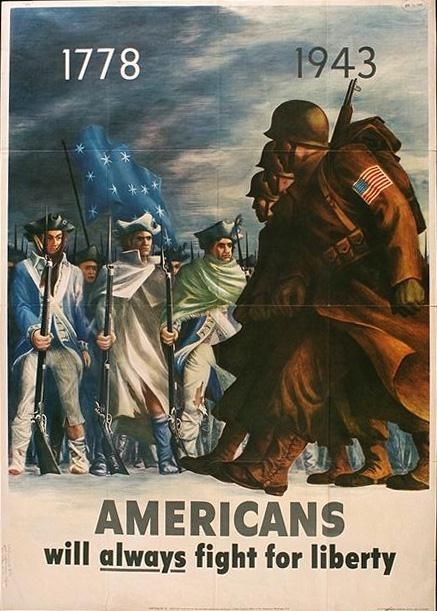 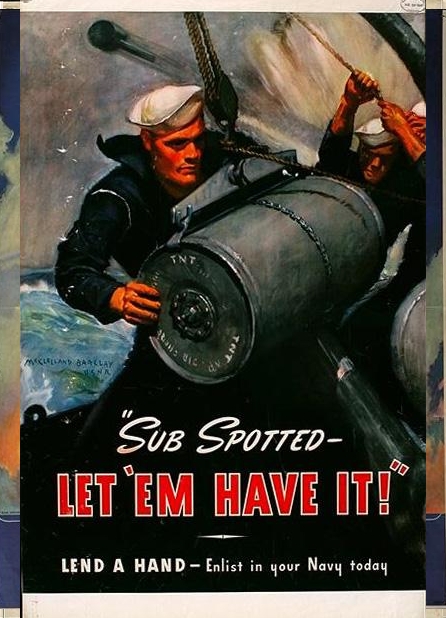 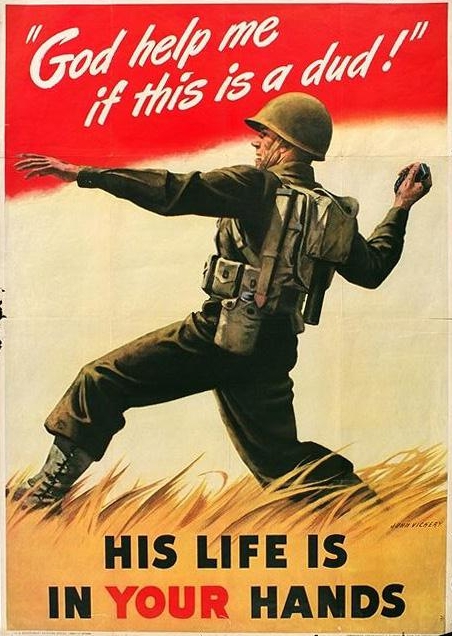 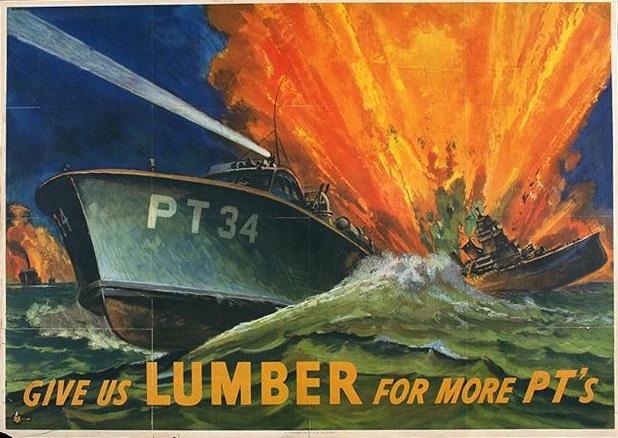